In humans, rotaviruses are responsible for 122,000 to 216,000 deaths in under-5-year-old infants on a yearly basis, mainly in developing countries. Bats host many viruses pathogenic to humans, and increasing evidence suggests that rotavirus A (RVA) also belongs to this list. In the study by Ceren Simsek et al 2,142 bat fecal samples collected from Europe, Central America, and Africa were studied. Eighteen were PCR-positive for RVA, and 11 of those were fully characterized using viral metagenomics. At least 7 distinct bat RVA genotype constellations (GCs) were identified, which included evidence of reassortments and 6 novel genotypes. This effort sheds light on the vast genetic diversity of rotaviruses and also hints at a bat origin for several atypical rotaviruses in humans and animals, implying that zoonoses of bat rotaviruses might occur more frequently than currently realized. 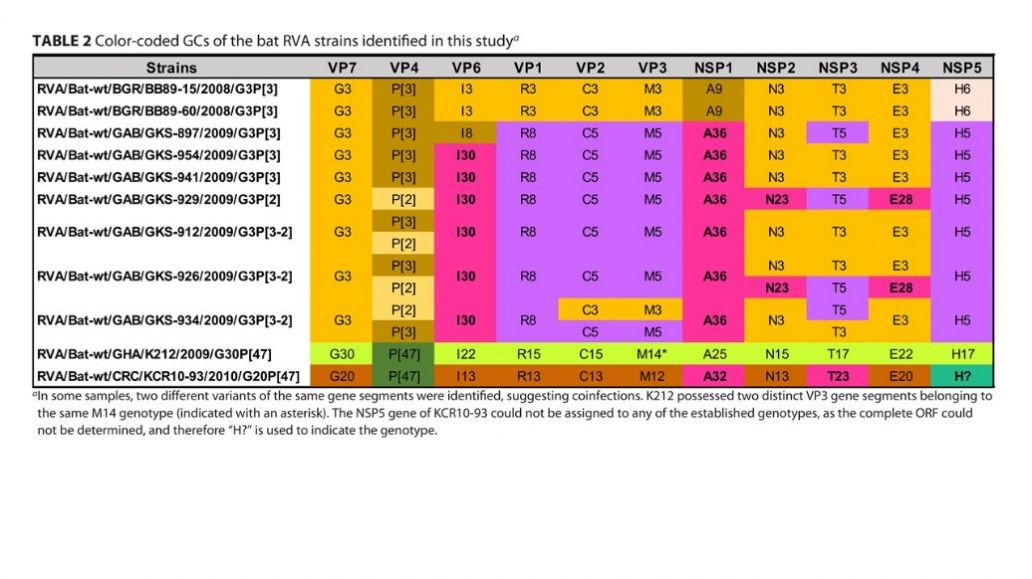