Although recently discovered, atypical porcine pestivirus (APPV) has circulated in pig farms for decades, causing outbreaks of congenital tremor with different grades of severity. Folgueiras-González et al studied APPV during 6 years in an affected swine herd. Throughout the years the herd showed some congenital tremor in the newborns, with peaks in 2013 and 2016. Genetic characterization of the APPV strains displayed each time the same genotype, indicating that there were no introductions from outside the farm. At the same time immune pressure affecting transmission of the virus in the herd was most probably low since genetic characterization of the viruses showed mainly purifying selection. 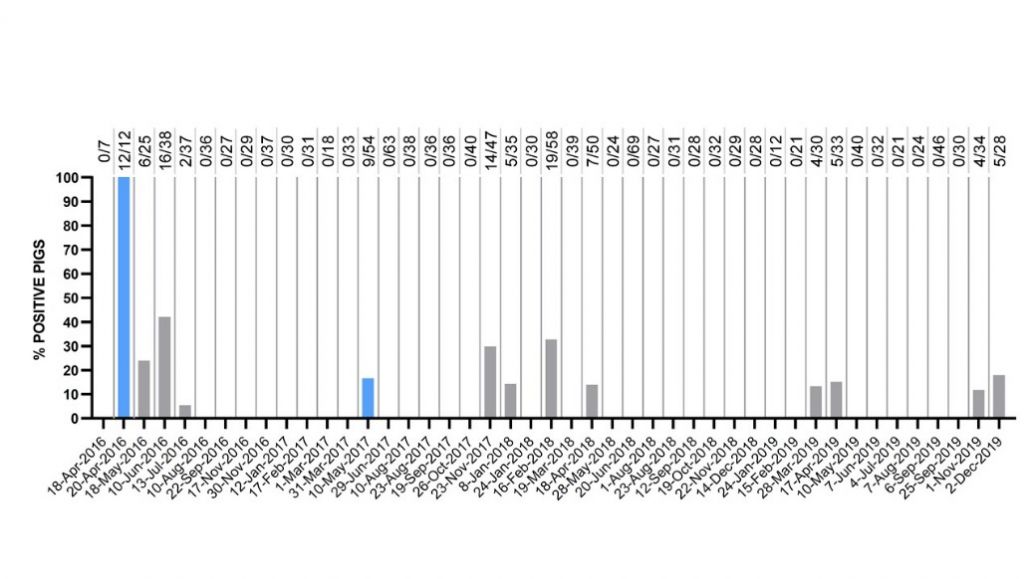