Mosquito-borne viruses represent a growing threat to Europe and its avifauna. West Nile virus (WNV) and Usutu virus (USUV), two flaviviruses, are arthropod-borne viruses that are primarily transmitted by ornithophilic mosquitoes to birds and mammals. In Germany WNV was introduced during the unusually hot climatic conditions in the summer of 2018, whereas USUV circulates in Germany since 2010. Simultaneous infections as well as sequential infections with WNV and USUV may modulate the risks that these viruses pose to the public health. In the study from Santos and co-workers, WNV and USUV co-infections were detected in six dead birds collected in 2018 and 2019. Furthermore, three snowy owls from a German zoo had high neutralizing antibody titres against both viruses. The authors advise follow-up studies in birds to study possible cross-protections as well as antibody-dependent enhancement in double infections. 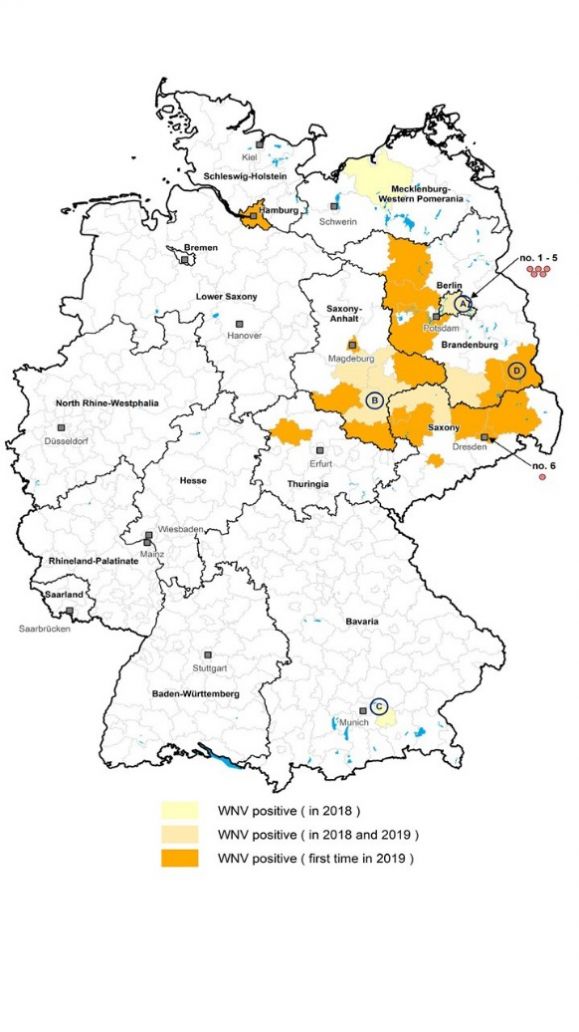