A commercial pig farm with no history of porcine circovirus 2 (PCV2) or porcine reproductive and respiratory syndrome virus (PRRSV) repeatedly reported a significant reduction in body weight gain and wasting symptoms in approximately 20–30% of the pigs in the period between three and six weeks after weaning. Fourteen distinct enteric viruses were identified within the herd, which all have previously been linked to enteric diseases. The wasting was associated with (1) the presence of enterovirus G at 3 weeks of age, followed by a higher prevalence of the virus in wasting pigs at 6 weeks after weaning; (2) rotaviruses at 3 weeks of age; and (3) porcine sapovirus one week after weaning. The enteric viral load sharply increases in the week after weaning in both healthy and wasting pigs. Together, our results offer evidence that disturbances in the enteric virome at the preweaning stage and early after weaning have a determining role in the development of intestinal barrier dysfunctions and nutrient uptake in the postweaning growth phase. 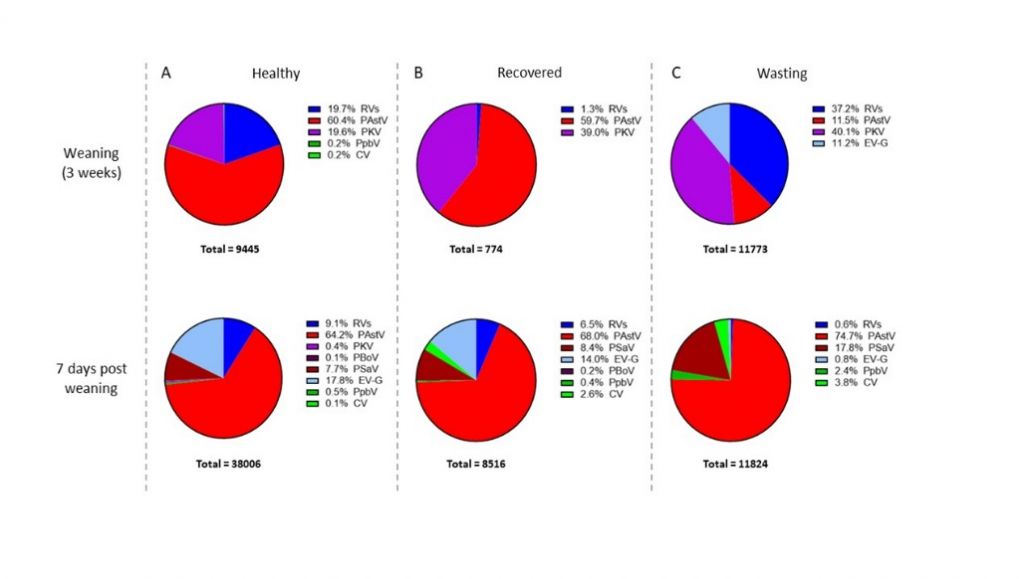