Rabbit haemorrhagic disease (RHD) is a highly contagious and fatal disease caused by a virus (RHDV). The disease threatens wild and captive rabbit populations around the world and also in Germany, cases are reported on a regular base. Nevertheless, there are no sequence information available of the circulating virus strains. In order to get a better understanding of the genetic diversity of the viruses that circulate in Germany, more than 50 full genomes of RHDV and the related European brown hare syndrome virus (EBHSV) were sequenced. The samples were collected in different federal states  between 2013 and 2020. Over time, genotype Gl.2 (RHDV-2) almost entirely replaced genotype Gl.1 (RHDV-1). However, RHDV-1 is still present in Germany and therefore has to be included into disease control and vaccination strategies. In addition, five recombinants were detected of which two stand out in particular, since they represent a recombination event between RHDV-2 and EBHSV. Such a recombination event between Lagoviruses from different genogroups has not been described before and therefore increases the potential genetic diversity of these viruses immensely. 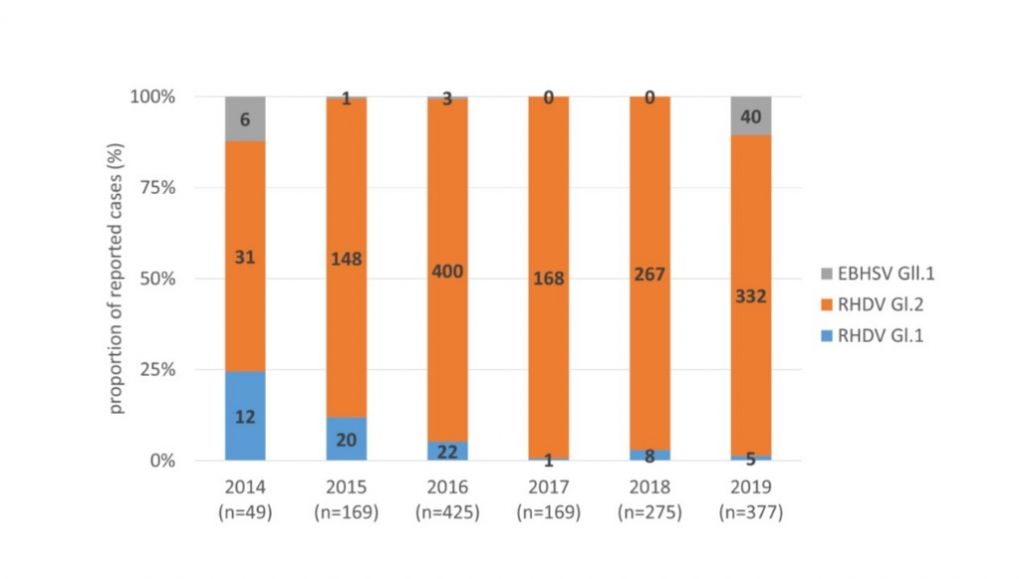