Hazara nairovirus is classified within the Bunyavirales order, and can be used as a model system for Crimean-Congo hemorrhagic fever virus. Using siRNAs targeting genes involved in cellular trafficking and a recombinant Hazara nairovirus expressing eGFP, two distinct phases in the virus replication cycle were found; an early phase prior to and including protein production that exhibits a minor coat protein 1 (COPI) dependence and Arf1 independence, followed by a second phase involved in infectious virus production that is highly COPI dependent and dependent on Arf1 function. It is intriguing to speculate that the non-canonical method of COPI trafficking shown here may represent a newly-recognised feature of the mammalian cellular transport system.

Published September 2020 in Journal of Virology 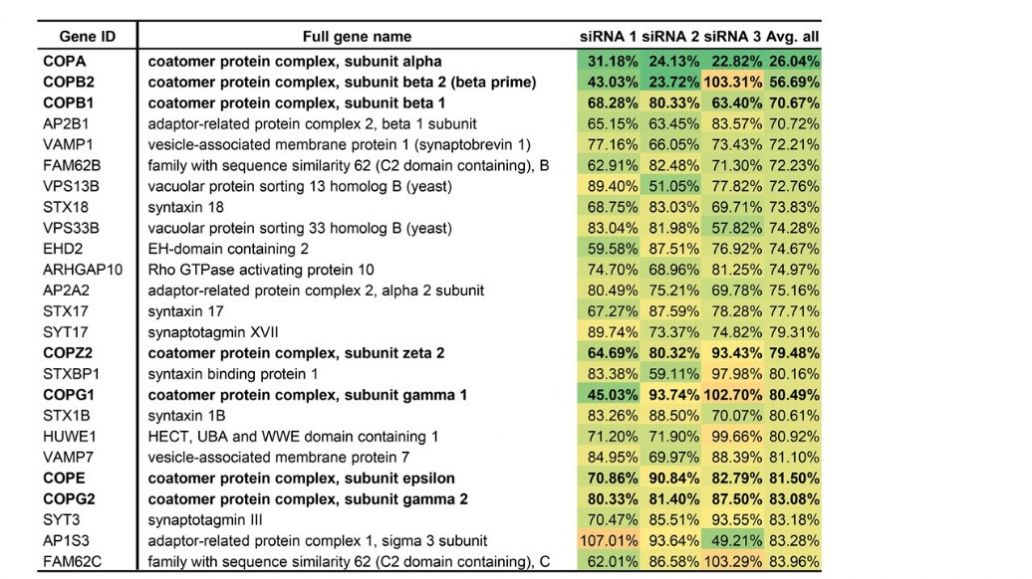