Rotavirus vaccination was introduced in Belgium in 2006 and immediately reached a high coverage. Since then, a significant decrease in rotavirus gastroenteritis has been recorded. Taking the high effectiveness of the rotavirus vaccines into account, we investigated the impact of non-rotavirus (alternative) enteric pathogens in suspected rotavirus vaccine breakthrough infections. A combination of a non-targeted NGS and a sensitive RT-qPCR approach was used to screen for a broad range of enteric viruses, bacteria and parasites in suspected breakthrough cases (n=102, collected from 2007 till 2018). Surprisingly, approximately half of these cases had either an alternative gastroenteritis etiology (31.5%) or were the result of co-infections including rotavirus (14.1%) (Figure below). Most co-infections were unique combinations of viruses, bacteria and parasites, which shows the complexity involved in reaching a correct diagnosis. 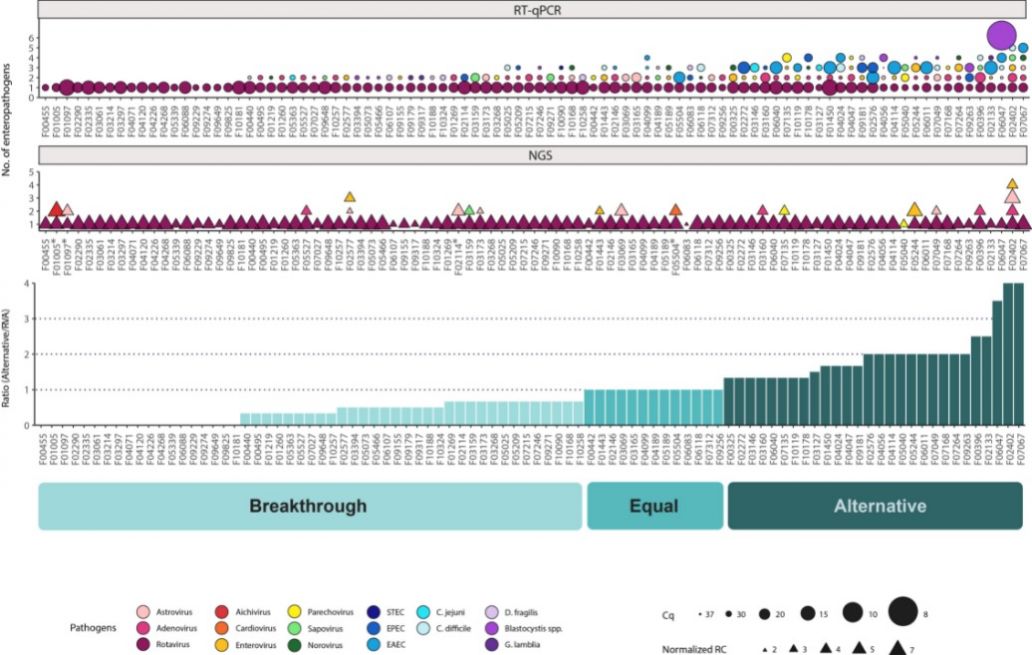