We introduce an early warning system (EWS) for the detection of novel or unexpected pathogens. The method uses high throughput sequencing datasets that have previously been derived by generic sequencing in earlier studies. We show proof of concept on datasets obtained from samples collected and analyzed during the West Nile virus 2018-19 epidemic in Germany. We found a novel peribunyavirid, tentatively named Hedwig virus, in snowy owls and other captive birds, and an unexpected detection of the Umatilla virus in passerine birds, a re-detection after 50 years of assumed absence in avian hosts. 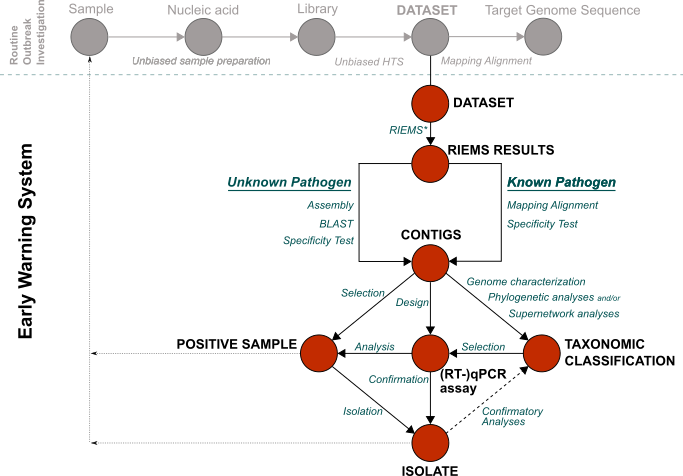