From 2012 to 2017, the Democratic Republic of the Congo (DRC) experienced three small isolated Ebola virus (EBOV) outbreaks, two of them caused by different variants from the species Zaire ebolavirus and one by a variant from the species Bundibugyo ebolavirus. Starting in 2018 in DRC, a large ongoing EBOV outbreak caused by different Zaire ebolavirus variants became the second-largest outbreak ever recorded and was declared a Public Health Emergency of International Concern. Reactive set-up of protocols for genomic surveillance in outbreak settings takes months of laboratory development and dissemination within the scientific community, hindering timely outbreak response. The generic ebolavirus PCR protocol presented here is designed to circumvent these limitations and contribute to genomic surveillance of current and emerging ebolavirus variants. This will be useful both in resource-limited areas, exemplified by the current outbreak affecting the DRC, and in laboratories testing healthcare workers and travelers from outbreak areas. 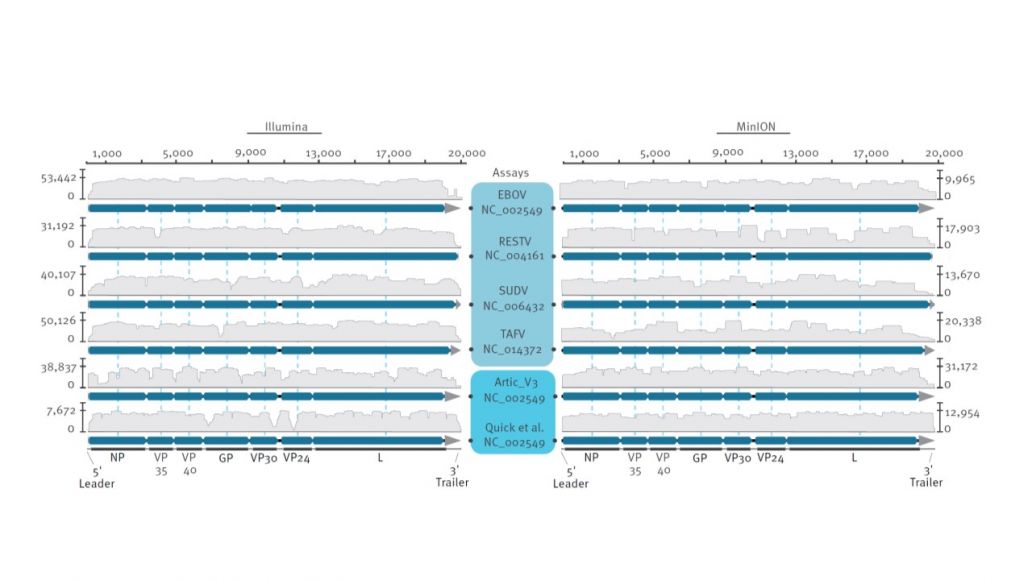