Zika virus was introduced to Brazil in 2014–2015, had a subsequent ultra-rapid spread, and a near-complete lack of activity since 2016. The high exposure in the 2015-2016 epidemic could have created sufficient herd immunity that limits local resurgence and upcoming epidemics, however, the long term antibody kinetics of individuals infected with ZIKV in Brazil are unknown. Here the kinetics of ZIKV NS1-IgG response in HIV patients, tuberculosis patients and healthy individuals were measured. Two years after the ZIKV epidemic ZIKV-IgG reactivity decreased significantly in Salvador de Bahia (Brazil). Decreasing individual-level immune responses in addition to the replenishment of susceptible individuals by birth and migration may reduce community protective immunity and allow ZIKV resurgence. 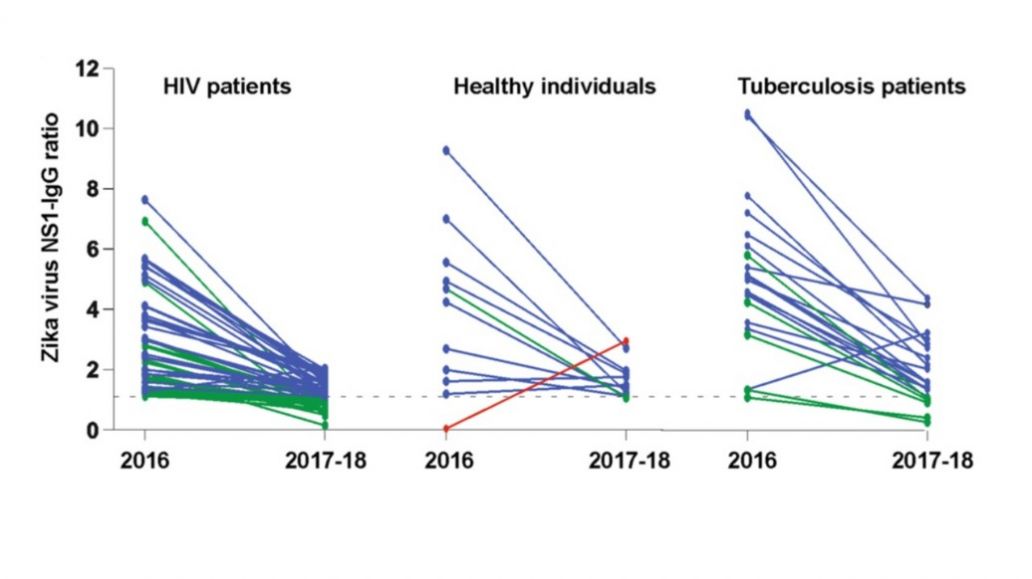